But now you face one of the most daunting tasks in all of crochetdom… the extended stitch, and none are more fear-inducing than the extended triple crochet stitch.

However, you’ll be pleased to hear that all this fear is misplaced, as it’s really a very simple stitch that you’ll have down in no time.

As is the case with any stitch, the trick is simply to learn the constructive pattern of the extended triple stitch and repeat the formula in your head as you go.

It may seem a little outlandish at first, but trust me, after you’ve nailed a couple of these stitches, you’ll be flying through your project in record time.

But before we begin this extended triple crochet stitch tutorial, let’s lay down a bit of theory.

What’s The Difference Between The Triple Crochet Stitch & The Extended Triple?

When executing a standard triple crochet stitch, you’ll yarn over and pull through two loops three times, hence the “triple” in the stitch’s name.

But when you execute an extended triple crochet stitch, after your first yarn over, you’ll only pull through one loop, followed by the standard three pull-throughs to finish the stitch.

If you’ve already nailed the triple crochet stitch, the triple extended stitch is a total breeze.

If you’re a little shaky on the triple stitch, it’s best to study up on it before continuing here, but, I’ll explain how it relates to the extended stitch as we go if you’d prefer to press on.

What Is The Extended Triple Crochet Stitch For?

Much like any extended crochet stitch, the extended triple crochet stitch is used either to extend the post to make room for more adjoining stitches, or to lengthen a project.

They can add a great deal of height without bulking a piece up with too much extra girth and weight.

What Is The Abbreviation For The Extended Triple Crochet Stitch?

If you ever see the abbreviation ETR on your pattern instructions, they’re asking for an extended triple crochet stitch. It may also be expressed as ETr, as the r doesn’t represent a full word.

To execute your very first extended triple crochet stitch, you only need a few things…

Right then. Let’s get down to business!

First thing’s first… you’ll need to prepare your yarn and hook for some stitching, the first step of which is tying a slip knot on your hook.

There are a few different methods for tying a slip knot. Simply choose whichever you feel most comfortable with and get cracking.

Here’s a quick guide to the “pretzel method” to get you started:

If you’re not sure how to chain, here’s another quick guide:

With your chain established, you’re ready to start the extended triple crochet stitch process in earnest. It all begins with two yarn overs, leaving you with three loops including your initial loop.

You need four loops on your hook to execute the extended triple crochet stitch, and you’ll find that extra loop by inserting your hook through the working stitch and pulling the working yarn through it.

Next up, you’ll need to yarn over once to create yet another loop. Pull this fifth loop through the next one along. At this point, you should still have four loops remaining on your hook.

From here, you can finish the process off by executing a standard triple crochet stitch. For the uninitiated, this means you’re going to…

Now all you have to do is rinse and repeat using the same formula:

The extended triple crochet stitch (see also: How To Slip Stitch Crochet)isn’t all that common, but it’s an essential skill to add to your crochet repertoire.

You’ll find it most commonly used to form waving or rippling Afghan patterns, but where you’ll find it isn’t necessarily important.

What truly matters here is that you have now deciphered another element of the crochet language so that you might express yourself more fully when creating your own designs or adding your own twist to an existing pattern.

You’re one step closer to complete fluency in your craft, and it won’t be long before you’re considered a bonafide master of the art!

I consider the extended triple stitch to be the last of the basic stitches, so now I recommend that you move on to some more complicated tasks.

That’s not to say you should dive right into the Jasmine stitch, as that’s a real doozy, but perhaps the feather, camel, braid, star, (see also: How To Crochet A Star) or angel stitch would be a suitable next step.

It’s with these more advanced stitches that you’ll truly come into your own as a crocheter — Exciting!!! 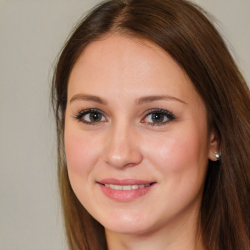